Larissa is the designer behind Larissa Loden Jewelry. Her jewelry is made using vintage and recycled components she finds on her travels. This allows her to be an eco-conscious jewelry line in an industry that is not known for being eco friendly. Some of the treasures you might find in her line are made from children's books, vintage atlases, license plates, vintage lockets from the sixties, and beads she has gathered at flea markets from all over the world. Each piece of jewelry is made by hand in her Saint Paul studio.

Larissa grew up in a very small town in upstate New York. Her parents have owned a store her whole life and she worked there since she was old enough to polish an apple. This gave Larissa the know how to start her own business from a very young age. In 2004 Larissa launched a business called Lefthand Originals, which she ran until early 2011. After participating in the 2011 Voltage Fashion amplified Larissa decided to re-launch her business taken it on a much larger scale and going under her own name for her business, Larissa Loden. 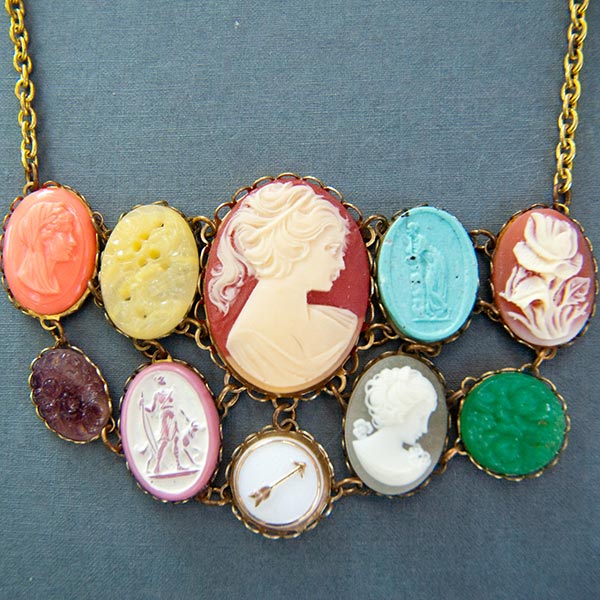