Born in El Paso, Texas. Mr. GutiÃ©rrez is a versatile artist working in various mediums. Known primarily as a painter and muralist, he is also an actor/performer and musician. His artistic studies include the University of MN and Atelier Lack in Minneapolis, which were his foundational studies as a painter. He has also traveled to most of the major Art Museums in the United States, Mexico and Europe for his personal artistic growth.

He is the recipient of the Leadership in the Neighborhood (LIN) Grant for study of murals by the great masters of Mexico. In 1998 he received the U.S. Bank Sally Ordway Irvine Award for initiative in the Arts, and in 2000, he was awarded a Jerome Foundation Travel Grant. He has also been awarded several Minnesota State Arts Board Grants throughout his career as an artist. In 2012 he received La Familia Hispanic Heritage Award for his contributions in the Arts.


Mr. GutiÃ©rrez has been involved with numerous schools, colleges, and conferences giving lectures and providing residencies in Minnesota and Wisconsin. Mr. GutiÃ©rrez's Water Street Studio is his working studio located in Saint Paul, at the ACVR Warehouse; he accepts commissions, for murals, portraiture and still life. He now joins the Northrup King Building Artist community showing his work in Gallery 389. 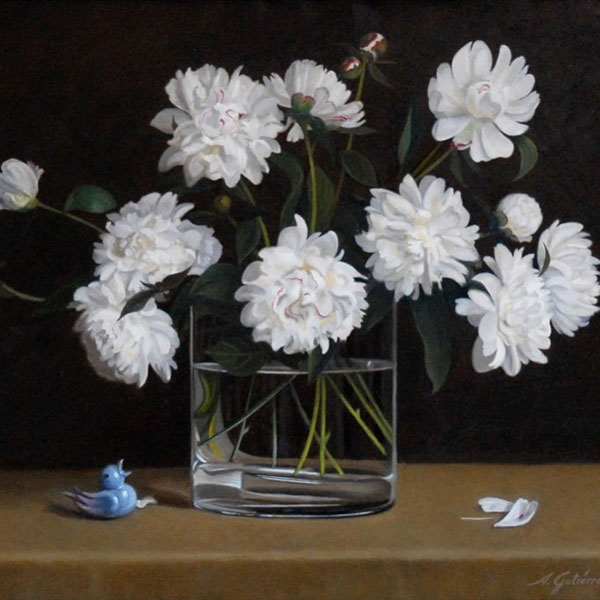